Denmark and the Environment 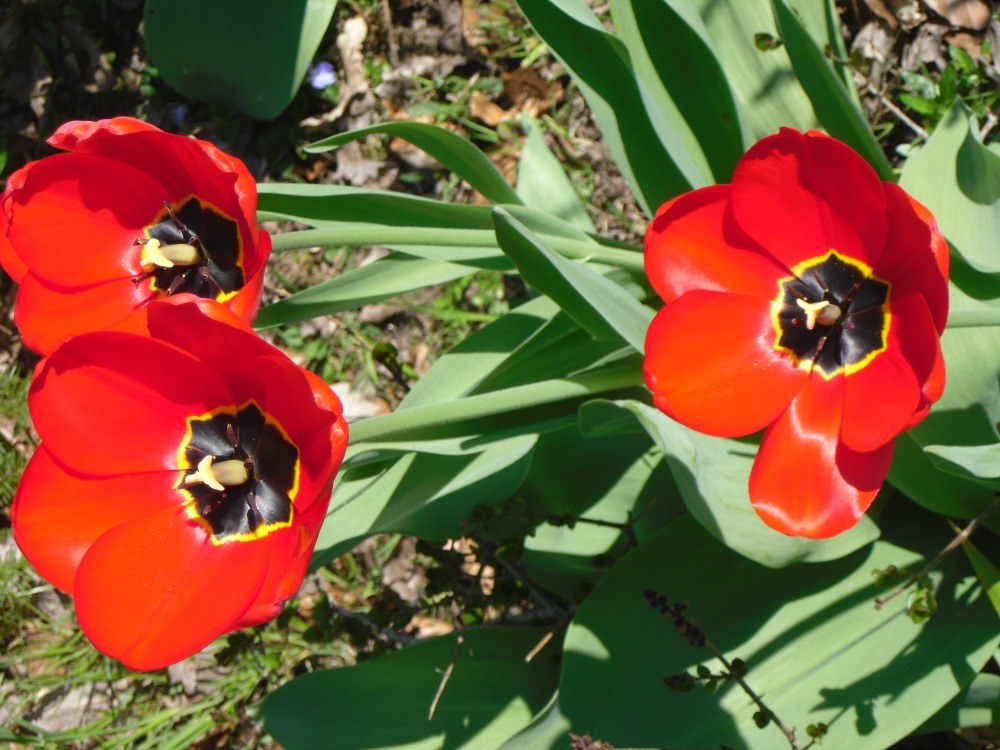 When it comes to the environment, Denmark has a reputation for being eco friendly and forward thinking. They are pioneers in wind power and have a very good transportation infrastructure. But having a large cycling population is not due to environmental concerns - it is a matter of cost and convenience. Public transport is expensive!  Also wind power may be a big business, but Denmark has no incentives to promote solar power - in fact they make it very unattractive to home owners.

But there are lots of ugly truths about Denmark's environmental prowness that are not always discussed and the country has lots of environmental problems which are not addressed, but swept under the carpet. Why Denmark always ranks as the top "green country" in the world is beyond me.

These are my personal viewpoints and you are welcome to disagree. Being a person who believes in being eco friendly - but not an eco activist, I have seen some things that just don't gel with the whole environmental friendly image.

But there are also some very positive things going on as can be seen in the video below.

Littering is a MAJOR problem in Denmark, but most Danes do not believe it is. When people visit Denmark, they often remark how clean the streets are and how sparkling everything looks.

Well that may be the case, but it is only because there are hundeds of people hired to constantly clean up the streets. Danes do not think that throwing trash on the ground is wrong.

When a recent survery was done, people would remark: "If I throw trash on the ground, it will give a person a job cleaning it up. I am helping someone keep their job!" 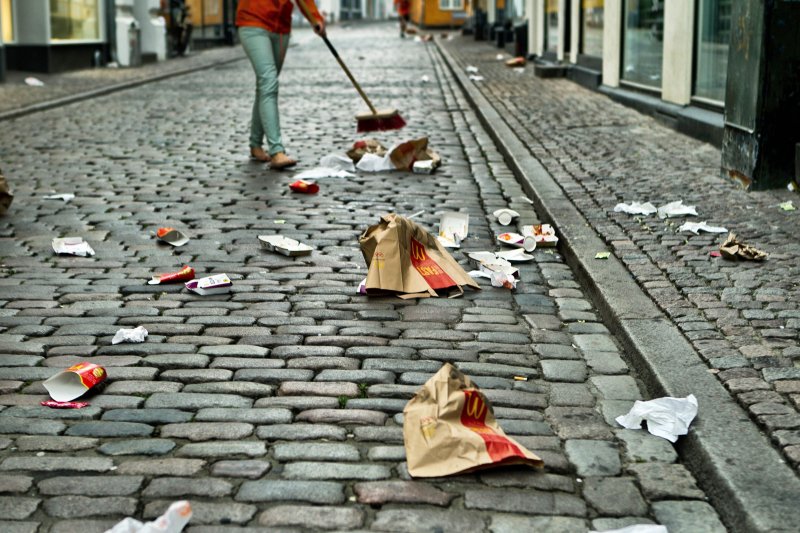 Now, you would think that is just one nut thinking that, but I have met lots of Danes who think exactly the same way.

Instead of having all these "parking officers" who go around and giving frivolous and illegal parking fines, they should be retrained to track down these litter bugs and fining them.

Anyway back to the point. There is no one investigating litter and it could so easily be tracked and stopped.  Just another ugly truth about this "perfect environment".

Another issue, which I have seen first hand on many occaisions and it is quite disturbing, is that many companies will actually destroy extra product or goods which are slightly flawed instead of reducing the price and selling them on.

Without naming companies (do not wished to be sued for slander), one top name clothier actually shreds clothes which are more than 3 seasons old instead of reducing the price or selling them to a wholesaler who could liquidate them. Last year the company shredded over 3 million kroner in clothes, shoes, jackets and than later that year had to lay off much of his staff due to cash flow! Duh, they just threw away 3M in inventory!  How eco friendly is that?

Another company that specializes in home and garden, will actually throw away products that have slight damage (box broken or damaged, scratches, blemishes, etc.) but are in perfect working order. Worked for them for a few months and everyday was throwing away perfectly good products instead of discounting them and selling to people who do not mind getting a discount on an item that has only cosmetic damage. Saw several containers full of perfectly usable goods disposed of weekly!

This practice seems to go on all over Denmark. Do not know if it some law or that these companies just want to protect their image, but it is such a waste.

There are plenty of recycling centers throughout Denmark. But this is a misnomer. Most of the trash being collected is never recycled. It is used for fodder for incinerators located all over Denmark.   Every thing that can be burned is burned.

A few years many of the recycling centers had containers where people could put used items that other people might want. Old couches, chairs, books, video tapes, dolls, clothes, etc..

People would turn in some of their unwanted stuff, maybe find something they could use and take it home. It was a nice little service and many people availed them of this service.

Well now they decided they wanted to either make money off it or wanted to protect themselves from people maybe taking something and suffering harm from it and getting sued?  Whatever the reason, you can no longer do it at 90% of the recycling centers. A few have refused to follow suit.

So now these containers are filled with lots of items, but nothing is being taken away. Some centers have sold the contents to charity organizations so they can resell it. But they can not sell it, so the stuff piles up. More fodder for the fire!

It will be hauled away and burned. More material will be used to create new things instead of letting the people who could benefit from it take it home.

Another policy where the environment is placed on the back burner. Do not believe all the hype that Denmark is such a great environmental friendly country. Only when it benefits the coffers of the government is it so.

So many more things could be done and the implementation would be much easier than most the environmental nonsense they promote.

Copenhagen has been named as European Green Capitol due mostly to its large bicycling culture and city planning of bicycle routes. This is a great achievement, yet this is again due to the cost of public transport and driving costs associated with living and working in Copenhagen. Not due to an enthusiastic concern for the environment.  If Copenhagen or the Danish government really wanted to make more strides, they would make public transport better. Including cleaner running trains and buses, more affordable tickets to lure people out of their cars. People still find it cheaper and quicker to drive than take public transport.

Copenhagen does have big plans for becoming carbon neutral by the year 2025 and that would be a great achievement. You can read more about it here.

Other Environmental Problems in Denmark

Magnetic Poisoning: Another problem that seems to be pretty much ignored in Denmark, but has caused a lot of medical problems for people is Magnetic Field Poisoning from overhead power lines.  Companies like energinet.dk uses AC power cables verus DC cables and the output of magnetic fields into peoples homes has caused 1000s of cases of magnetic poisoning. Yet, the Danish government has not made it illegal to use AC cables, when a simple solution could eradicate this environmental problem. Why?

Car Pollution: There are also lots of old cars on the road in Denmark and even though there are bi yearly inspections, many of these cars are heavy polluters. Unfortunately with a 180% tax on new cars, it is not easy to afford a new car. The government could easily cut the tax and bring more of eco friendly cars into an affordable range.

For nearly 20 years I have teaching children and parents how to make environmental differences in their own lives. This was way before "global warming", "CO2 concerns" and "greenhouse gases", so I hope I have made a difference in the lives of the people I have met in these programs.

If you would like to learn some simple, but effective ways to reduce your own impact on this planet without the political ramblings and doomsday predictions, pick up a copy of "Let's Talk Rubbish!", which has hundreds of tips and ideas on things you and your family can do to make some simple eco changes in your lives.

Includes tips for at home, at school, at work, green shopping, gardening, home made cleaning products and much more. All for the low price of only $2.95. It will be delivered as an ebook. Even includes a fun environmentally friendly magic trick you can play with your children.

It is always hurts to read how people treat their own homes as trash cans. A recent studies in Denmark have shown that nearly 40 percent of the Danish population litter on a consistant basis. Including throwing ice cream sticks, pizza boxes, plastic bags, cigarette butts and bottles in their national parks, beaches and on the street.

Even though local kommunes have had to increase their budgets to fight this problem and clean it up, the Danes seem to be ignoring the problem and making more and more of an unsitely mess.

These problems are so evident if you walk along the beach in the early evening when people are leaving to go home. The beaches are just littered with all sorts of rubbish. WHY? I do not know. It is so simple to just take your trash home with you and deposit it in a proper container.

Another major problem is with the many outdoor events, concerts, plays, sporting events, etc. where people people leave everything from oridinary trash to discarded tents, sleeping bags, coolers, clothes, etc.. Let someone else collect their trash and will buy something new next time we need it?

In these times of financial problems for everyone, including the government run agencies, it would seem illogical to create more problems and financial strains. It will all have to be paid for by the citizens.  For a country that is touted to be so "GREEN", the truth is nothing short of shocking! And the sad part is, that if you ask someone to pick up their trash, they will either yell at you, hit you and insult you by throwing even more trash down!  Seldom do I get a positive reaction to politely asking people to pick up their trash.

Maybe being "green" in Denmark is more talk than action? Your views are welcome, but this is definetely a problem that needs to be dealt with.  Learn more about life in Denmark.

Corrections and comments by a Dane

A dane here. First of all, I feel a bit offended when you generalize all of us, saying "Danes do not think that throwing trash on the ground is wrong." …