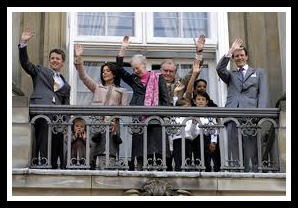 Denmark celebrates all the royal birthdays of the royal family by flying the Danish Flag proudly. The queens birthday is always a well attended event and thousands of people crowd into the palace square to wave their flags and cheer the queen.

Queen Margrethe comes out on the balcony and waves to her adoring Danes. It is a lot of fun to attend, but get there early, because it gets VERY crowded and those arriving late will not be able to see the queen from outside the palace walls. :)

He is the 3rd child of Crown Prince Frederik and Crown Princess Mary. He has a twin sister - Princess Josephine. Vincent is fourth in line to the Danish throne.

She is the youngest child of Crown Prince Frederik and Crown Princess Mary and is 5th in line to the throne of Denmark.

is the second child of Joachim and Maria, but have 2 1/2 siblings from Joachim previous marriage. She will be 10th in line to the throne.

is the second wife of Prince Joachim of Denmark.

is the Queen of the Kingdom of Denmark. She is the eldest daughter of King Frederick IX and Queen Ingrid of Denmark. In 1967, she married Henri de Laborde de Monpezat, with whom she has two sons: Crown Prince Frederik and Prince Joachim. When her father Frederick IX died in 1972, Margrethe succeeded him as Queen of Denmark and became the first female monarch of Denmark since Margaret I, ruler of the Scandinavian countries in 1375-1412.

P.S. Of all the royal birthdays, this is the one that nearly everyone celebrates in Denmark. The Danes love their Queen and are proud to show it. 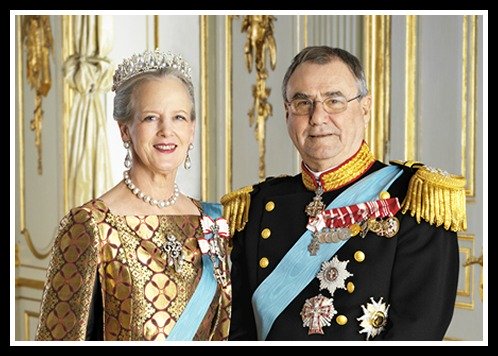 She is the daughter of Crown Prince Frederik and Crown Princess Mary. Isabella is third in line to the thrown.

is the second daughter of King Frederick IX of Denmark and Ingrid of Sweden. She is the younger sister of the reigning Queen of Denmark, Margrethe II, and the older sister of Queen Anne-Marie of Greece. 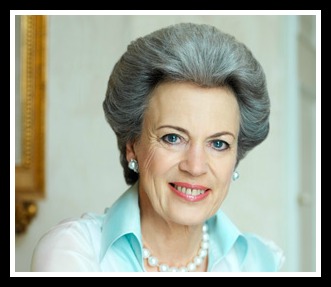 is the heir apparent to the throne of Denmark. Frederik is the elder son of Queen Margrethe II and Henrik, the Prince Consort. He is married to Crown Princess Mary.

is the younger son of Queen Margrethe II and Henrik, Prince Consort of Denmark. Joachim is sixth in line to the Danish throne, following his elder brother the Crown Prince and his four children. 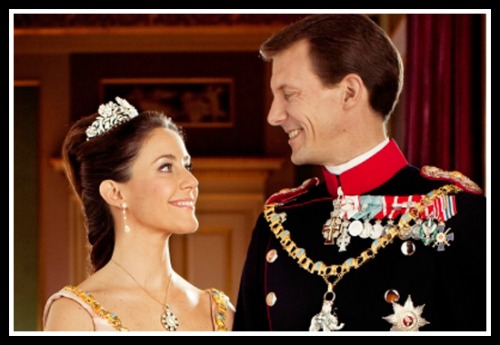 is the husband of the Queen Margrethe II of Denmark. He died on February 13, 2018.

He is the younger son of Prince Joachim and his former wife, Alexandra. He has an older brother, Prince Nikolai, and a younger half-brother, Prince Henrik. 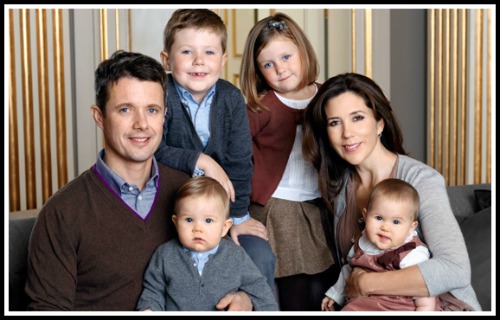 The above dates are the royal birthdays that are celebrated in Denmark, but that does not mean there are not more royal family members, but they are not celebrated throughout the country.

Royal birthdays of Princess Benedikte and Queen Anne-Marie family members are not celebrated in Denmark. It is only the direct line of Queen Margrethe II and her siblings.

You may also wish to know about some of the other non royal birthdays holidays here.

As of January 2012, you can see the Danish Family Tree below. This was published in the Berlingske newspaper on January 25, 2012.

The family line featuring Frederick and Mary will be line in succession to the throne. The numbers by each image shows who will be next in line after Queen Margrethe II leaves the throne, which will not be anytime soon.

P.S. Født means born, so you can see the royal birthdays year beside each royal family member, but not the exact date of birth. 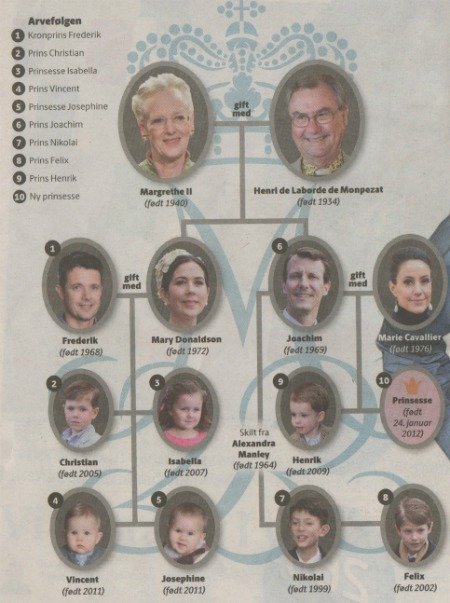 Continue learning more about life in Denmark for an expat or visitor.