Jylland is the Danish word for Jutland and it is divided into Nordjylland, Midtjylland and Syddanmark.

The distance from the German border to the northern tip of Denmark is about 400 km and will take 4 hours to drive. 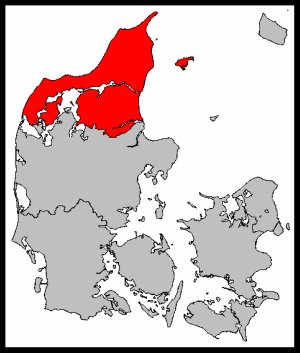 North Jutland or Nordjylland consists of the following kommunes :

The border runs from north of Randers across to just north of Lemvig and all the way north to Skagen.

See the map for a better understanding of where the boundary is located.

Major cities are Aalborg, Frederikashavn and Hjørring. Also includes the island of Læsø and Mors 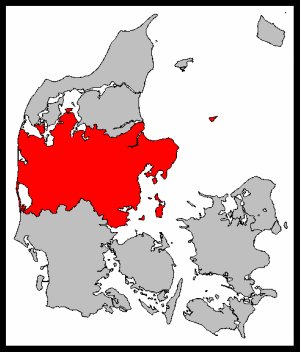 Middle Jutland or Midtjylland runs from the southern boundary of Nordjylland down to Vejle and across to Esbjerg.

This is the most populated part of Jutland and is the home to Arhus, the second largest city in Denmark.

This area is also comprising the largest land area at 13.142 km². 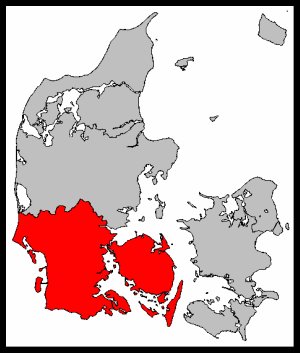 Southern Jutland or Syddanmark is everything below Midtjylland and all the way to the border of Germany.

This also includes Funen or Fyn, which is actually located between Jutland and Zealand.

Interesting bit of history. This area of Denmark was part of Germany for a long time.

Syddanmark is the second largest land area in Denmark, just behind Midtjylland with 12.191 km². This includes Fyn and several islands.

Population is about 1,19 million people.