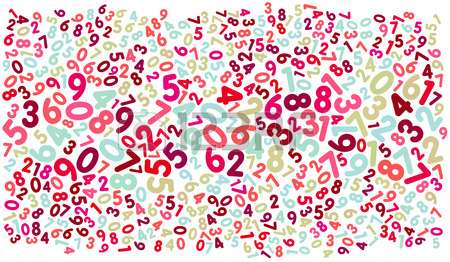 You may wonder why Danish numbers are somehow different than normal english numbers. Well it is not the number system, but they way they are spoken.

The Danish way of saying numbers is a bit unique and confusing. They use the same numeric system (1, 2, 3, etc.), but when they say a number like '26', it is literally 'six and twenty' instead of 'twenty-six'. This can be hard to grasp when people are giving you telephone numbers or addresses. The telephone number '36 74 21 86' is said (in Danish, of course) "six and thirty, four and seventy, one and twenty, six and eighty".

If that isn't bad enough, the pronunciation is often very hard for expats to grasp.

Below is a list of danish numbers so that you can have a better understanding.

P.S. You can put numbers in google translate and use the sound icon to hear each number.

Note: the above rule about saying Danish numbers backwards does not start until you get to 'twenty-one'. Here are a few examples so that you can get the idea:

If you are going to be living in Denmark, it's important that you master this system of Danish numbers, since it applies to everything from banking and shopping to addresses and phone numbers - wherever you use numbers! It is not easy, but it can be learned.

Well, when you master the danish numbers - try Danish dates and times. That is different too!

Danish Numbers Not rated yet
Hi Charlie. Amazing descriptionon of Denmark. Very precise and accurate information. Even for a Dane, it's very interesting reading. A little comment about …