The Danish government consists of a constitutional monarchy, where Queen Margrethe II is the royal head of state. She has no ruling authority, since royal power was handed over to the parliament / Folketing in 1901 by the king. The head of the Folketing is the prime minister, who is Mette Frederiksen from the Social Democratic party.

Queen Margrethe holds the throne and is the official ruler of Denmark. Her position is mostly ceremonial, but her signature is required to pass new legislation. She has sat on the throne since 1972 and is a very beloved figure in Denmark. Rarely do you hear people saying anything negative about her. Her birthday is a very special day in Denmark and is celebrated throughout the land.

People swarm to Amalianborg Palace on her birthday (April 16th) and wave flags and greet the Queen. It's a very unique experience and something you should participate in if you get a chance. See the video below for an insight into the Royal Family. 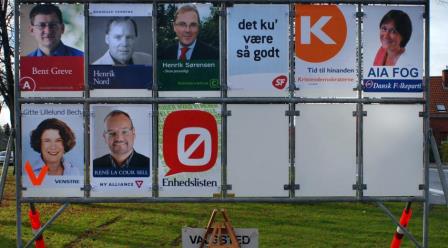 The Danish Parliament has its seat at Christiansborg, which is located in the heart of Copenhagen.

The Danish government consists of 8 major political parties and they are aligned in two alliances: The Central Left Party and the Central Right Party.

If you look at the above posters you will see a letter on each poster: A, B, C, F, I, K, O, V and Ø, which represent each party. See below for more info. 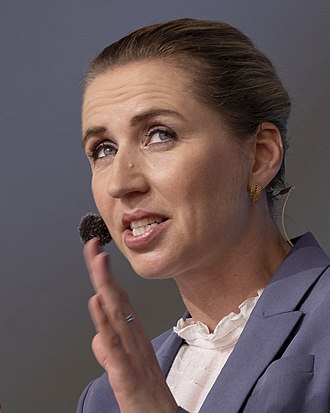 The Social Democrats are now the leading party and hold the most power in the Folketing.  Still most of parties do try to work together and make concessions with each other for the betterment of the Danish people.

It is not uncommon to find protesters in the streets, peaceful marches and banners being displayed trying to convey their political views or to make changes to the way the government is run. The Danes are very vocal in their political beliefs and Danes are expected to be politically active - which they are!

This is a just a general overview of the Danish system, but there is much more that you can learn about how the government works by checking out www.ft.dk.

The Danish government is broken down into 3 governing bodies, which each handle a different aspect of government.

You can learn more interesting things about Denmark here.

since 2015 Not rated yet
Since june 2015 there is a central right government led by Lars Løkke Rasmussen of the Venstre party (Liberals).