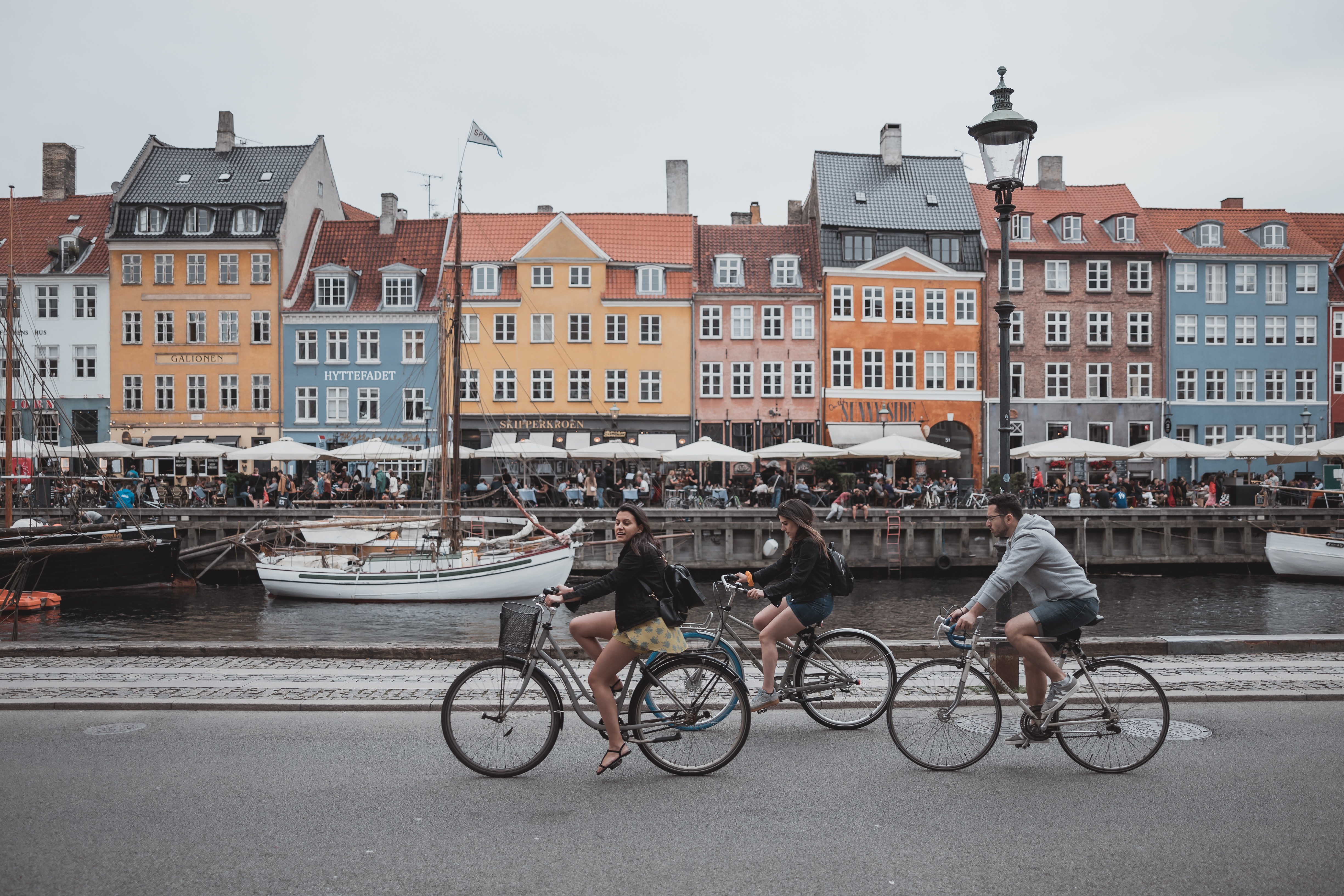 Bicycling in Denmark is probably one of the best ways to see Denmark. For many people living in Denmark, it is the preferred method of getting to work, shopping and getting about. During rush hour, there are more bicycles than cars moving about Copenhagen.  Bikes are everywhere!

Since Denmark is relatively flat, it is easy, convenient and a lot less expensive than driving a car or even public transport. In fact Denmark has been held as model city for cycling and been named the first Bike City in the World and consistently ranks as the top bicycling city.

If you live in Denmark, you will be exposed to cyclists on a daily basis. It doesn't matter if it is rainy, sunny or snowy, the cyclists will be out. Bicycling in Denmark is part of life for most Danes and will be for most expats too.

There is an extensive network of bicycle paths, which make bicycling in Denmark safer and easier. These paths run along major roads for convenient access to city centers and other vital areas, but they can also take you through some wonderful forests and meadows, around small lakes and scenic waterways.

Denmark is putting in bigger bicycle lanes in Copenhagen, Arhus and Odense. These new bike lanes are called Supercyklestier. Unfortunately many Danes are having a hard time with the name so it might be changed. Actually I find it quite easy to say, easier than many other Danish phrases / words!

Since most of the landscape is generally flat, riding a bicycle in Denmark is pretty much a pleasure. That's not to say, however, there aren't the occasional hills and steep slopes to contend with.

Before taking off on your bicycle, there are some things you need to know. Bicycling in Denmark requires the rider to follow traffic laws similiar to those for motor vehicles. Even though cyclists are given their own paths to ride on, there are traffic signals and signs they must obey. Bicycles must also be properly equipped. 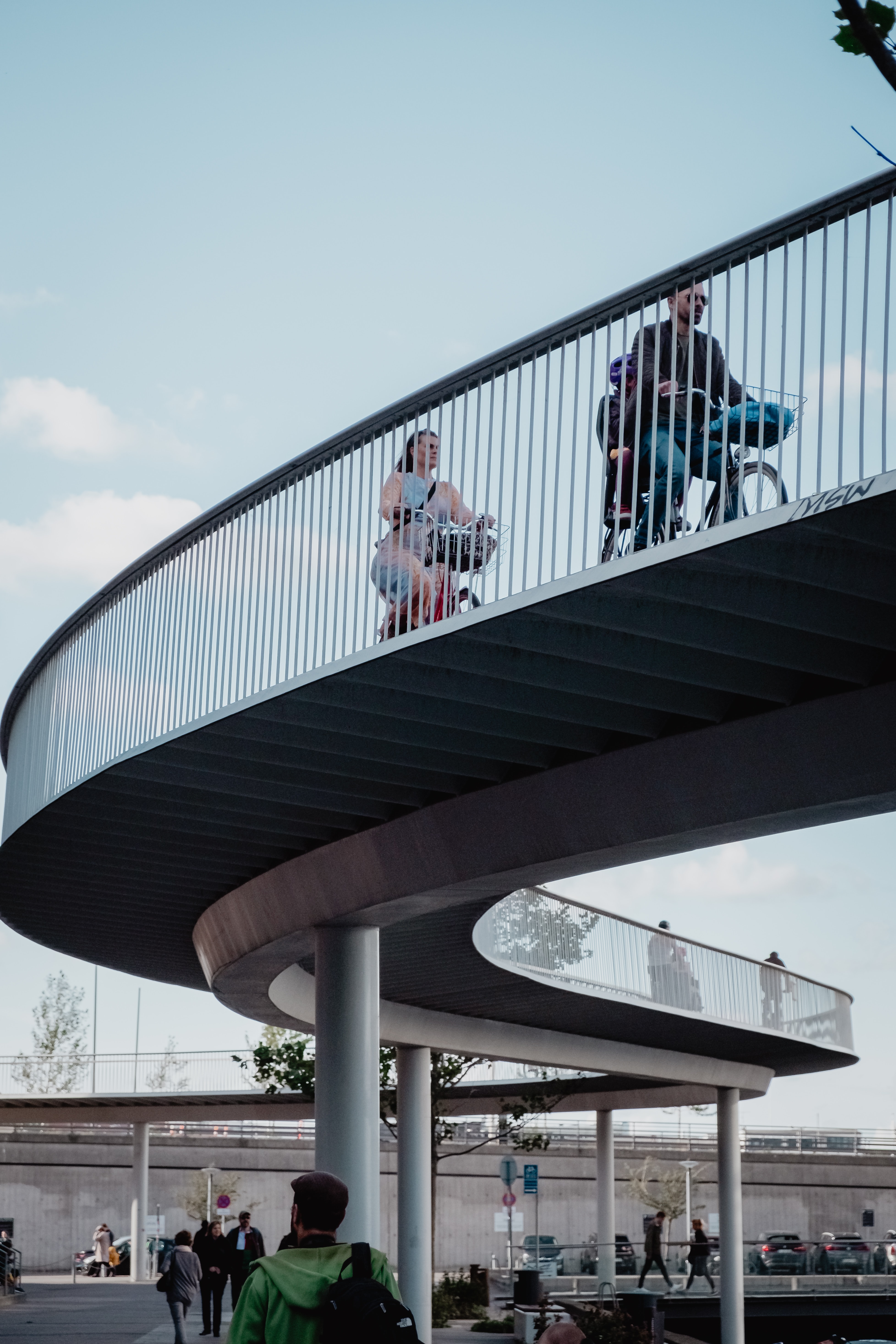 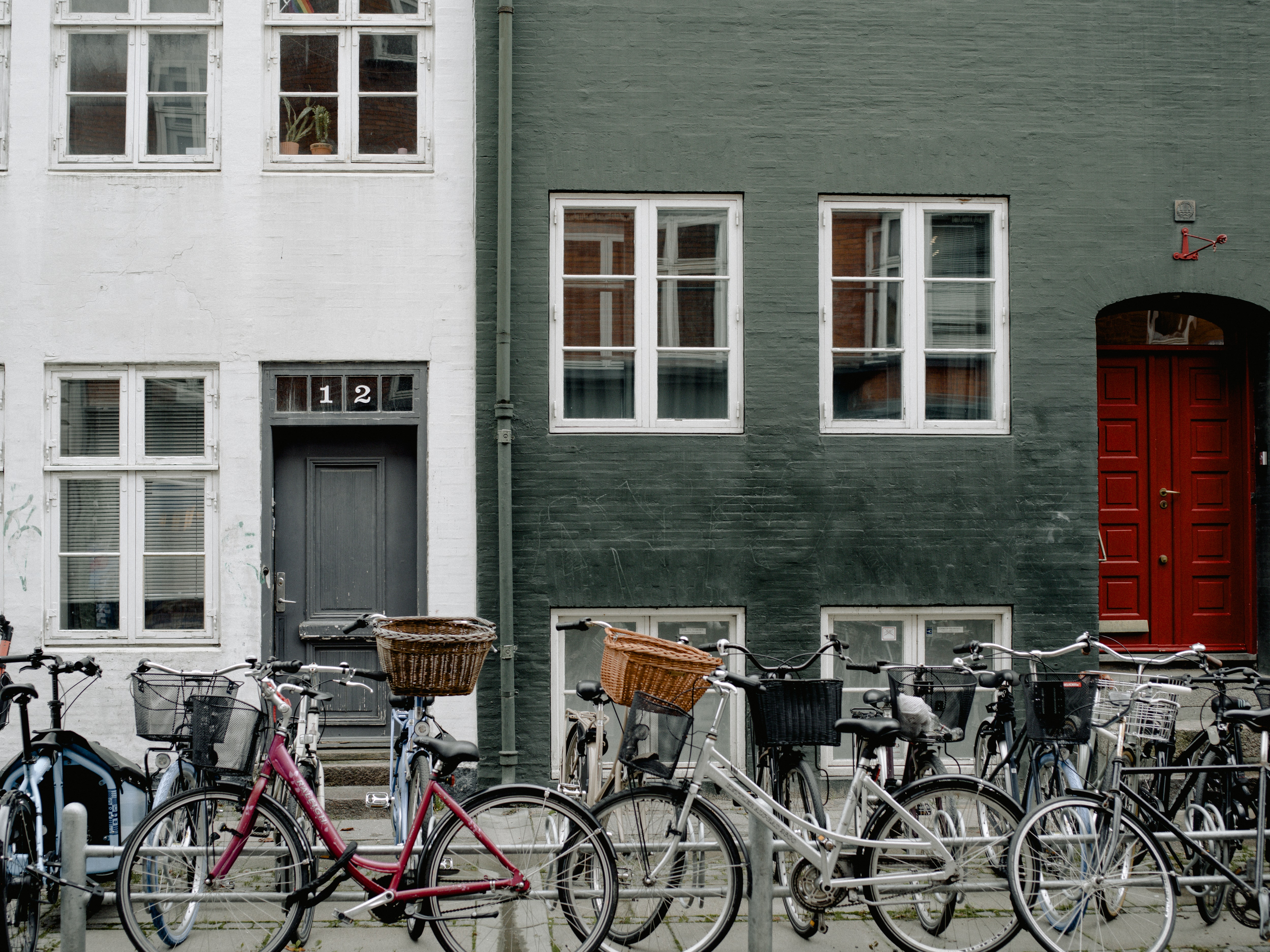 Remember if you plan to live in the city and will be fairly close to work, don’t buy a car – invest in a good bicycle. Learn more about buying a bicycle.  It will give you a lot of pleasure, exercise and save you a small FORTUNE. Car ownership is very expensive!

P.S.  Remember, when you take your bicycle on a train, you must put them in the carriage with bike racks. They are marked on the trains. Do not take them into the passenger area and please do not block doors or aisles preventing people from getting by. Be courteous.

You can even borrow one at some IKEA stores, so you can take all your flat pack items home. See photo below! There are also many city bicycles located throughout the city, which can be rented via an app. See more about that at exploring Denmark on a bicycle.

I was surprised to see your claim that children have to wear bicycle helmets by law in Denmark. I've checked, and this does not seem to be the case. …

Cheap second-hand bikes for people moving to Copenhagen Not rated yet
Hi everyone!, I recently found a new company called The BikeBuddies. It is two students from CBS that have started the project.They offer people who just …